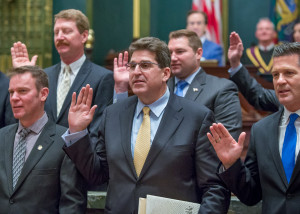 “I am humbled to be given the great honor of representing the citizens of Dauphin and Perry counties in the state Senate,” said DiSanto. “I was sent to Harrisburg to work on reforming government, cutting wasteful spending, eliminating property taxes and removing bureaucratic barriers to job creation, and that will be my focus.”

In addition to swearing in new and returning members of the Senate, today’s ceremony served to kick off the General Assembly’s 2017-18 legislative session.

Video and photos of today’s ceremony will be posted at the senator’s website, www.senatordisanto.com. 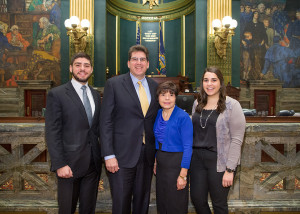