Harrisburg – State Senator John DiSanto today announced district semifinalists for the “Talk to Your State Senator” statewide video competition focusing on the growing heroin and opioid epidemic. Middle and high school students were encouraged to submit video entries with their suggestions to help combat the crisis, especially among younger people.

From the entries received in Senator DiSanto’s district, those moving on to the statewide level are:

Links to the winning videos are available at Senator DiSanto’s website, senatordisanto.com.

“I congratulate those students moving on in the video contest as well as thank all those who participated,” Senator DiSanto said. “As a state, we need to continue working towards a solution to the opioid crisis, and I appreciate hearing from students about approaches they think can be taken. We need everyone, from law enforcement to drug treatment specialists to young people and their parents, working together if we are to overcome this challenge.”

“Talk to Your Senator” is open to Pennsylvania students in grades 6 through 12 and will provide a total of $10,000 in cash prizes to the statewide winners.  Prize money, provided by the Drug and Alcohol Service Providers Organization of Pennsylvania (DASPOP), will be awarded through the TAP 529 Account program with the PA Department of Treasury and deposited into college savings accounts in the winners’ names. 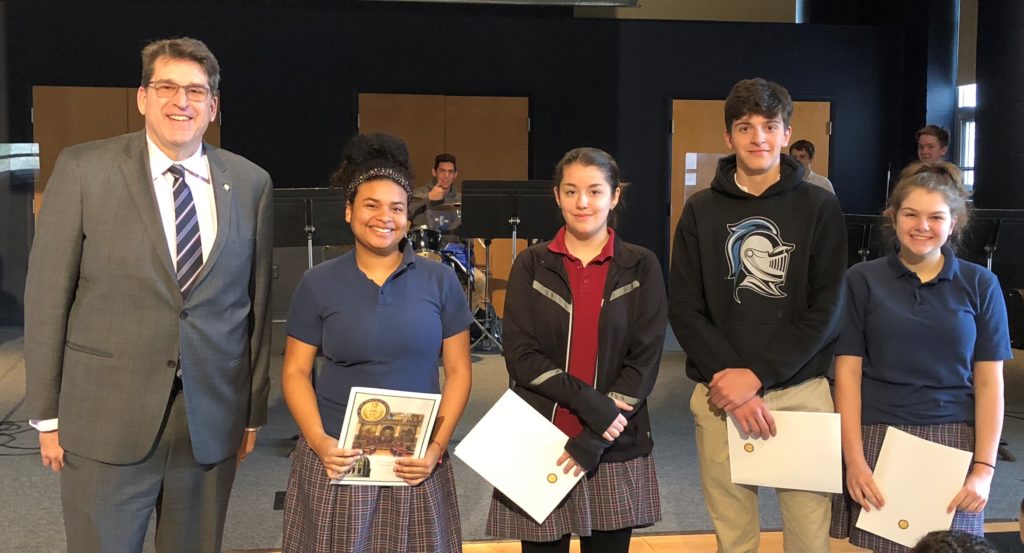 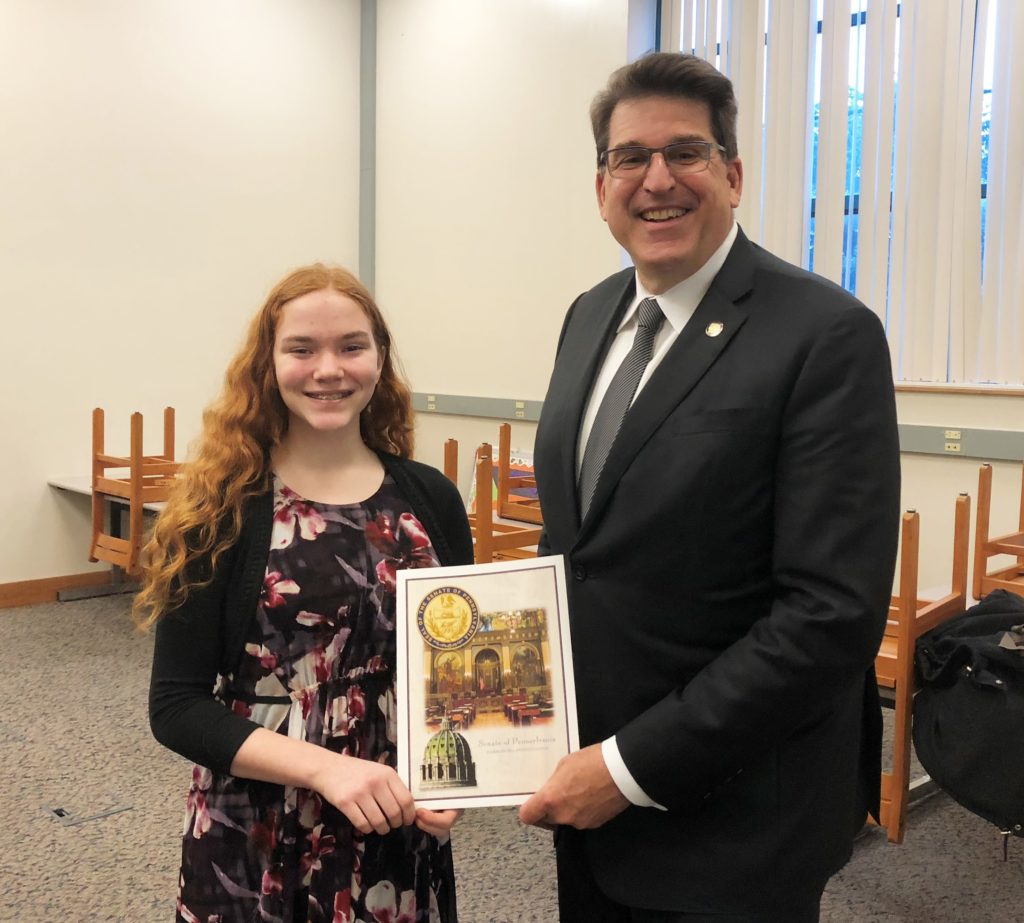